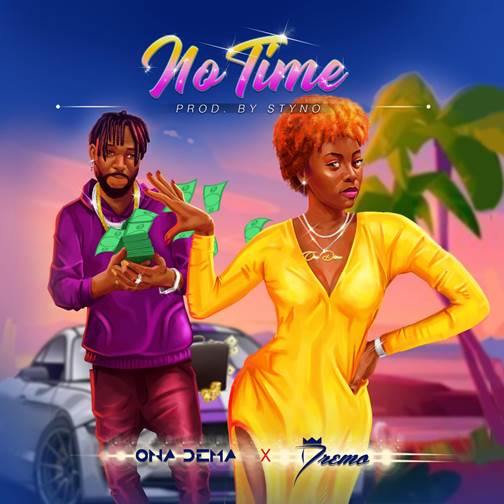 Industry fresher and benign songstress, Ona Dema comes through with a statement music debut for the year 2020 which features DMW star rapper, Dremo.

“No Time” is Ona’s premier offering under her new management stable, Sony Music Entertainment West Africa, and the single is coming several months after a reinventing hiatus that saw the quintessential starlet dive even deeper into her sound while revamping her sultry and eccentric outlook.

Ona Dema is honing her place as one of the industry’s new school voices poised to capture the ears and hearts of many with her unique expression of sounds; a feat that continues to be an apt representation of her music as in her latest release “No Time,” which is a compelling meld of mesmerizing and sonic melodies with Dremo’s vigorous vocals and witty punchlines.

“No Time” plays like an enchantress anthem. The production is demure but Styno shocks it to climax with a riveting bass spin embellished with hi-hats and riffs from the strumming sounds of a Spanish guitar. It is the kind of musical that sets the right mood to bask in pleasures, fantasies and bodily desires.